An article I tweeted  talks about the increasing emphasis on content creation for marketing: “@Kquesen: The tables turn – in social media marketers must think & act like publishers: 4 tips for building brand & audience … http://t.co/MQiGxDFe”

But that is just one small example. B to B reports that marketers such as Nick Panayi from the IT services company Computer Sciences Corp. have gone all-in with content creation with an in-house department of former journalists who create branded content for their website and social media channels. 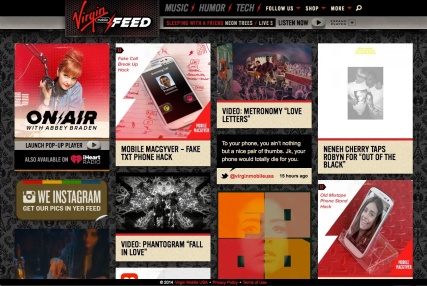 Marketers are becoming bloggers and are Tweeting and creating videos and filling Facebook pages. They are creating a lot of content. Content  with value that delivers knowledge, entertainment, something people will choose to engage with like they do newspapers, magazines, and TV. Forbes agrees saying brands such as Virgin Mobile, American Express, Marriott, L’Oreal, and Vanguard are becoming publishers and this is a vital part of their overall strategy.

You may call this content marketing, but it made me think about the overall importance of communications in business. We live in an age of customer-driven capitalism where the customer is now in charge. As Steve Denning, author of Radical Management points out in one example “… focus on customers first doesn’t hurt Whole Foods’s bottom line. The ten year share price of Whole Foods is up 330%, compared +30 percent for the S&P 500, and minus 40% for a traditionally managed supermarket chain like Safeway.” That’s consumer focused communications increasing revenue.

How many e-Books/White Papers do you get invited to download? They are generating valuable sales leads. As I highlighted in an earlier post, Forester Research reports in the book groundswell a case study where a corporate blog is credited with generating five contacts a week – contacts that represent early leads worth millions of dollars to this B to B company’s salespeople. That’s consumer focused communications increasing revenue.

Those are positive examples, but poor communications can cost corporations revenue. Poor communication contributed a great deal to Merck loosing $253 million in the Vioxx trial. The jury was confused by their scientific explanations. The Wall Street Journal reports juror John Ostrom as saying “Whenever Merck was up there, it was like wah, wah, wah. We didn’t know what the heck they were talking about.” That’s poor consumer communications losing revenue.

An Accenture study reports American and European consumers returned over $25 billion in electronics in 2007. Between 60%–85% had nothing wrong ($15.2 and $21.5 billion). Why? Confusing interfaces, features difficult to access, no customer education, and weak documentation. That’s poor consumer communications losing revenue.

In 2006, a disgruntled customer used YouTube and Twitter to spread a music video about United Airline’s mishandling of his $3,500 guitar. Within a week the video received 3 million views (12.5 million by 2012) and coverage in CNN, The Wall Street Journal, BBC and the CBS Morning Show. Fast Company reported that Carroll contacted United for nine months with calls and emails, but only after the video’s success and United’s stock price drop of 10% ($180 million) did the company try to make things right. That’s poor consumer communications losing revenue.

Of course no article about communications would be complete without a reference to Apple – the World’s Most Powerful Brand valued at $87.1 billion. In an Entrepreneur article “Steve Jobs and the Seven Rules of Success,” six of the seven rules are communications oriented: Have passion, deliver vision, make connections, create experiences, master messages, and sell dreams.

Jeffrey Rohrs takes this concept to the next level in his latest book Audience: Marketing in the Age of Subscribers, Fans & Followers. Communications, through publishing content, is how you build audience and proprietary audience is a valuable business asset. Whether you are a CEO, CMO, marketer, or entrepreneur communications can be a competitive advantage. Do you believe that what we say and how we say it matters to the bottom line? 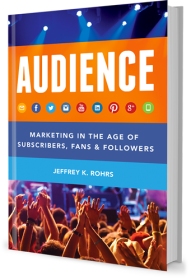